This annoying alert is making me crazy because my BFD 3 and all the expansions I’ve invested in have become unusable. Can somebody, anybody please care enough to fix this issue???

I’ve tried that and it didn’t work, but there appears to be a solution where you go into the News, Updates & Demo Packs section and uncheck the activate box. I learned about it in a similar post… [UNDER REVIEW] "No packs found in pack price catalogue... " - #20 by deangersmith

Interesting, the demo packs page has failed to load for me since the whole migration, it’s been logged as a bug but no fix yet. Not that I use them mind.

This issue should be resolved in the next revision, I don’t have any word on when that will be exactly I’m afraid. I do apologise for the inconvenience and if anything changes for you then please let us know.

The problem is that box does not stay unchecked when you re-open BFD 3.

We keep hearing ‘the problem should be fixed in the next revision’ but that never happens. Nothing ever gets fixed.

The last round of updates indeed squashed some major bugs, but others popped up.

Im very confident these ones will be fixed soon enough.

Sounds typical for those that don’t know what they’re doing. Also sounds liker a whole new development team. As I’ve said before BFD 3.3.x worked just fine before when fxpansion and ROLI had it. Not surprised ROLI has gone bust - their Seaboard was a huge disappointment all around.

BFD seems to be a lot of the same people. All names that people recognise from the last decade plus of BFD’s life. I wasnt active on any previous BFD forum tho. Im new here!

Things are looking more positive than maybe you realise

At least, I hope so!

You’re new to the product so you don’t know the history of BFD or the history of InMusic and let me tell you once again it isn’t pretty on the InMusic side. Again - go to the DUC (ProTools forum) and ask around about InMusic. And if the development team is the same as past history then something really bad is going on. I recognize the forum names from the past.

Im not new to BFD in total, Im new to the forums and as a beta tester. I’ve been using BFD for a long time.

The same people being involved at BFD is bad, why? Its in active development, it doesnt matter so much whats happened to other products under inmusic, and yes I know inmusic do not have a good reputation. It matters that BFD is in active development instead of languishing at another company doing nothing and dying off. 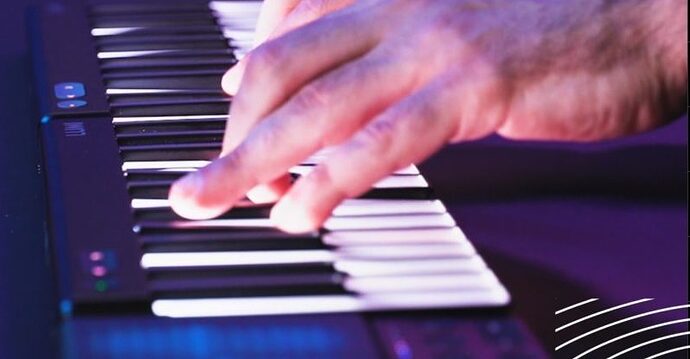 ROLI, developer of the Seaboard expressive keyboard, Blocks controllers and LUMI illuminated keyboard, has announced that it has gone into administration and is reforming as ‘Luminary’.

Again tho, at the end of the day, what matters is updates are happening, and development is happening. We dont know the deal BFD has with inmusic, so all bets are off as to how it might turn out. At the moment bugs are being fixed regularly.

I dont use ProTools so none of that matters to me.

I never said that the same people being involved with this disaster and previous revisions of BFD was bad BUT that something has to have gone wrong with InMusic taking over.

At least with Roli we didn’t have these issues.

Updates? What updates? Every update has been a disaster. What other developer do you know keeps supposedly fixing things and more things break? That kind of developer doesn’t last long.

something has to have gone wrong with InMusic taking over.

Its just business, parts of businesses get sold off all the time. BFD may have bought themselves out, and gone for inmusic as an investor, for example. We have no idea and its not automatically only inherently negative scenarios that may have played out.

The updates being broken for some people thing is from the migration to new servers etc being less than smooth. Im sure you know that. Again, I understand the frustration but development is clearly happening, bugs are being fixed, a community is offering solutions. With Roli we didnt have issues because we didnt appear have any development or a migration situation to new servers. Im sure you know all this tho, so we’re just going round in circles now

And Roli no longer exist, so its completely hypothetical where we’d be now. Likely with no software at all.

EDIT: The other way to look at it is that BFD folks probably saw what was coming at Roli and got out just in time. Thats likely what went wrong. Hence the hasty shift to new servers that hasnt gone smoothly and seemed rushed. I dunno, I’m just coming up with more hypotheticals that dont matter. The point is, development is happening

I give up. It’s not just migration to new servers that are the problems - there’s stuff that broke that worked before. Things like authorizations - before you authorized once and that was it. No having to be online or go online every so often. Nor be logged into any license manager all the time either. How can I all in good faith use an update when it turns out that previously working stuff breaks?

You’re asking people who rely on BFD 3 to produce music to put their faith in something that’s broken? People that don’t have time to muck around? Like I said - I give up.

Thats all part of the same migration, the new servers, the authorization check, and its being worked on at the moment. It seems worth waiting around for the next updates to see how that goes.

I was getting the 30 online check thing, and thats now gone as it was a server side update, not an application update. Im like 40 days now or something, so thats being fixed too.

You dont have to give up, or use faith, you just carry on using your previously fully working BFD and then wait to see if the new update is stable. Then when the update goes out to wider public user base for more scrutiny and any bugs come back, the whole process starts again.

This issue appears to be fixed? Its down to using an old version of BFD thats checking now defunct FXpansion servers. If you can use the latest version, this shouldnt be an issue.

We’re currently testing a new version, and the authorisation issue should be already fixed too, so its worth giving the update a go and reporting any more bugs so they can be fixed too

Best of luck with BFD!

Is there a fix for getting Sonic Reality/Neil Peart/Nick Mason drums working?

Have you had any replies regarding this yet?

Have you made a thread in the expansions section?

Neil Peart and Nick Mason are awesome and I may want those kits at some point too, so I would like this fixed too.