So @shanabit recently posted about having an issue with the BFD1 DW kit. When I loaded it up to test, I said to myself, “Damn, this kit actually sounds pretty good”. So I decided to take a shot at mixing it proper. It’s all the stock kit, with the exception of the PearlB Ride1, as this kit doesn’t load with a ride.

As I started layering compression on the snare, it was bringing out a lot of ringing overtones. I did my best to notch them out, but there is still a bit. I haven’t tried it yet, but I think the ring should be ok in a full mix. Let me know if you think the ring is too unpleasant.

The preset has an EZ Drummer groove palette that I used during the mixing. It will load the custom Key Map I made, but I also included it in the .zip file below.

It’s a testament to BFD’s success, that a kit from over 15 years ago can compete with any modern day offerings and sit in a mix. And you know, after spending a bit more time reading the manual and learning the on-board FX, they’re actually not that bad, with the exception of the verbs. 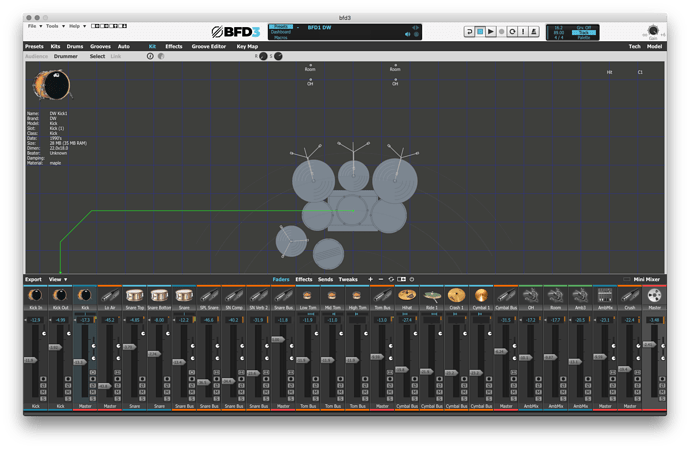 Edit: I had to re-upload because I realized I had Pre FX sends on a few kit pieces. Now the snare doesn’t ring quite as much.

Thanks for this, but it raises a question I’m a bit embarrassed to ask: where is the current default preset location? I have at least four different locations between BFD2, BFD3, FXpansion, BFD Drums, initial install on my C: drive, and moving all expansions to my storage drive! I’d like to be moving in the direction of consolidating and cleaning up, rather than perpetuating the mess…
I’ve swallowed my pride and asked this, because I’m sure others have the same question and will appreciate the answer, too.

I would put them in your personal user directory. So, User/Documents/BFD Drums/BFD3/Presets. But Windows is weird, and there’s all that Roaming crap that I don’t care to understand.

Most expansions put presets in the main BFD3 directory. On Mac that’s /Library/Application Support/BFD Drums/BFD3/Presets. And again, don’t know what that means on Windows, but it should be similar.

Personally, I don’t like keeping expansion presets away from the rest of their content, so for years I move them under the expansion directory.

I guess that’s all a long-winded way of saying that you can put them anywhere you want, as long as you can scan them later.

I guess that’s all a long-winded way of saying that you can put them anywhere you want, as long as you can scan them later.

Yes, thanks, which is what I’ve been doing. Like I said, I was asking in hopes of reigning in the mess somewhat. I am on Windows, and the only preset I have in the C:\Users\Me\Documents\BFD Drums\BFD3\Presets location is the JM Almost Blues_BFD3 Preset they gave out years ago.
I guess I’ll just scan my C: drive for *.bfd3 and whichever location comes up with the most current presets I will use as my default location going forward, as long as it’s one that makes sense to me.
Thanks

I get confused with the installation of expansion presets. Sometimes they get installed to users folder and other times, Library/Application Support/ folder. Seems arbitrary. I keep anything non-BFD3 core library in the users location. Problem is, in the event you have to re-install expansion presets/grooves, it’s going to install in the Library/Application Support/ location. Then you have doubles.

Then you have doubles.

So I’m not the only one? Good to know.

Right Click on those you have doubles of, you get something like “Show in Explorer”, so you will have the path where each one is, right click again on the one you don’t want, and there will be delete or hide or something like that.

The few doubles I have don’t worry me so I haven’t bothered with it, but I’ve seen the options on right click.

Use at your own risk

Thanks, yes, I know about that and use it but I have enough I haven’t done it with all doubles I’ve found. Someday…

So it looks like the bulk of my presets are in

though most of these are duplicated in

except for the ones bought since the InMusic takeover. I don’t have that many duplicates though, so I guess BFD3 knows to not add these, and it’s just duplicates in other locations that cause the doubling up? If I have time, I’ll investigate further. Have other things to do right now though.

Mmmmmm. How did I screw the pooch this time? 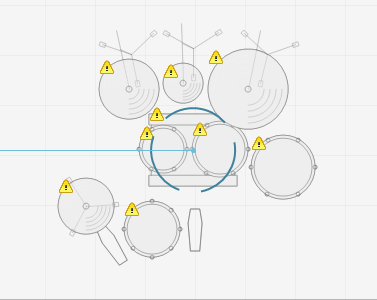 Doubles also come from the inclusion of both BFD2 and BFD3 presets in the same expansion. The BFD2 presets are totally unnecessary. Just delete them if you have the BFD3 version.

So it looks like the bulk of my presets are in

though most of these are duplicated in

except for the ones bought since the InMusic takeover. I don’t have that many duplicates though, so I guess BFD3 knows to not add these, and it’s just duplicates in other locations that cause the doubling up? If I have time, I’ll investigate further. Have other things to do right now though.

Just delete the FXpansion directory from your search path. It gives you nothing. If there’s an old preset over there that you still want, move it over to the BFD3 directory manually.

This begs the question as to WHY are the presets not installed into ONE location and ONE location ONLY??? The installer should install them to the location which you install the library IMO.

Odd things like if I don’t have the Library/AppSupport/BFD then BFD2 one set to search then my EL Dorado doesn’t show up. At the same time it now gives me DOUBLE the presets and kits in London.

The preset management is an awful mess and needs FIXED.

I thought this thread was about sharing presets.

I have found presets getting installed to the following path on mac too:

As well as in Library/Application Support/ folders as you have mentioned. It’s a real pain to have sort this out, I don’t like having doubles in the browser, becasue I have loads of expansions, takes a long time to sort it out, I thought about just deleting all the contents of one of the paths, but it’s too laborious trying to sift through all of it as not all the content in both locatons is identical. That’s how it looks on my side anyway.

I did delete everything from the Library/Application Support/ as a test and it really does neaten everything up, but after installing eveything again, it’s all back there and there’s also the fear of having missing presets if I do this again.

This is a good idea! But what happens if I use a kit piece in my preset that another user doesn’t have?

Where are your shared presets then??? Asking for a friend

That’s were I left them!

Yeah, you might have to process the substituted kit pieces differently. My main thought behind sharing presets was just to get some ideas of how people are routing things, eq/compression, parallel processing ideas, tweaks, etc.

With the preset I uploaded, I can sort of easily replace the kit and use all the channel presets I’ve made. I think of it it like a template to get going quickly.

Ah ok, I get it, the focus is on the mixing/processing side.