I’ve just bought and downloaded London Sessions. First thing I opened was the Ludwig Black Pearl kit and a cymbal and mid tom are missing. I find there are various pieces missing in every kit. My head is now completely frazzled with all the problems since migration - please, could someone tell me why they are missing? Also, seriously, can anyone recommend a similar-quality product that just works properly? Think I’ve had enough of this nonsense now. We’re paying for something that doesn’t work properly.

Mine is the same, Black Oyster and Pork Pie have slots that don’t have anything loaded. I think I actually asked a while back about the Pork Pie not having the mid tom and they said that it didn’t have one, meaning that it never did. I can’t recall if the original BFD2 libraries were the same or not.

I noticed this with one or two kits in Eldorado, but I think I remember that being normal in the OG BFD1 library.

@vicshere Honestly, this doesn’t bother me that much, as I don’t reach for those libraries much anymore and I just loaded alternate kit pieces and saved the kit. With the toms you just load one of the available ones for that kit and either tune it up, or de-tune it depending on which one you need.

Other than that, what other issues are you having with BFD3? I’ve been running pretty solid with the last 2 or 3 builds, with the latest build and LM being the best. Have you posted about your other issues here, or tried to contact either Drew or inMusic support?

Luckily I still have BFD2 and it’s original library and those empty slots are also empty in their corresponding BFD2 kits so they’re not missing, they were never there.

Posting screen shots for you.

@vicshere There is no such kits as the Ludwig Black Pearl kit, there’s the Black Oyster and the Pearl Masterworks. 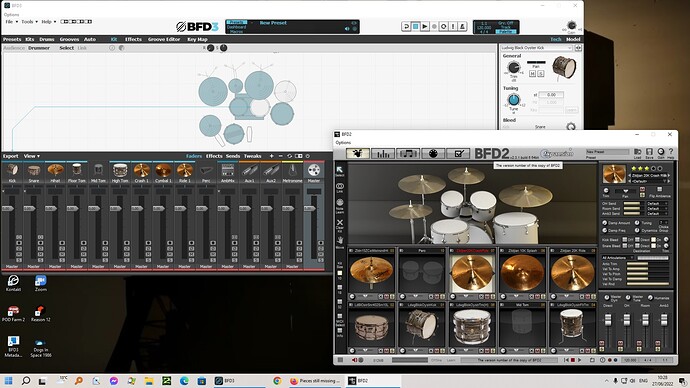 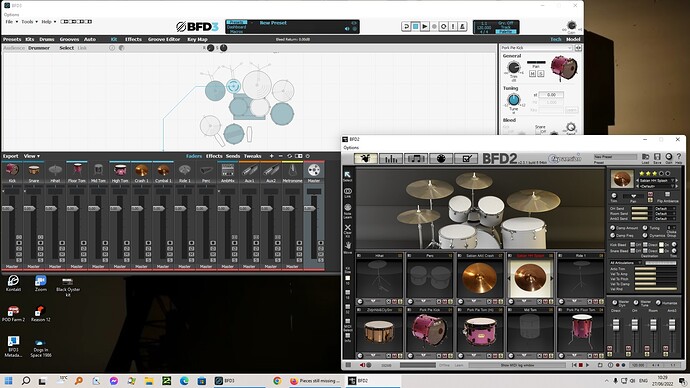 This would seem to be a user error - not all kits have all slots fills, particularly in those older packs like London Sessions. London Sessions was all recorded in the same room, so all of the kits are completely interchangeable with one another. If you need a cymbal, then load one up.

If you need a kit with a mid tom - either make a Frankenstein kit, or choose a different shell pack.

It could also be a download/installation issue, which would need to be checked by support.